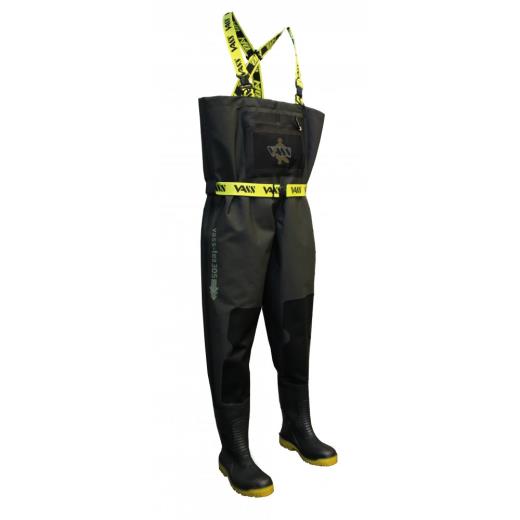 The new Vass-Tex 305 5L Breathable Wader has been designed and developed
for the most hostile sea fishing environments. Using the tried and
tested Vass Boot as its base then built up using the most advanced
material technology Vass have created the ultra-tough and reliable
Vass-Tex 305 5L.

It's very tough, breathable and above all, in many cases, up to three
times more waterproof than other leading breathable waders. To ensure
all aspects of the Vass Breathable Waders are up to the job.

Vass have used the new Vass-Ultra 25mm Triple Bonded Non Stitch
Technical Seam. Although developed for the more extreme sea fishermen
its durability and reliability also appeal to many other forms of
fishing.